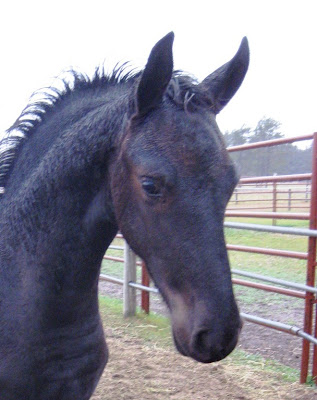 George is a registered FPS/FHANA yearling stud colt, born 7/12/2010 out of Nanning 374 and our studbook mare Tekla W, (dam’s sire Erik 351). He is a big boy, over 100+ pounds when he was born. George has noble features inherited from Nanning, including long forelegs, gorgeous arched neck, and a large chest! He will mature to 16+ hands. He is very sweet and loves to follow you around. George received a 2nd Premie at the 2010 FPS/FHANA Dutch Friesian Keuring Inspection at the Central Wisconsin State Fair by the Dutch Friesian judges!

Congratulations to Guy of New York on the purchase of George!

Email ThisBlogThis!Share to TwitterShare to FacebookShare to Pinterest
Labels: for sale, george, sold 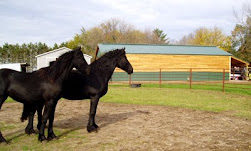